Your browser is out-of-date!

How Escambia County schools navigators have tackled over 16,500 calls for help

When Escambia County families found themselves facing new financial burdens due by the pandemic, the school district responded by placing “navigators” in its public schools.

The navigators have acted like social workers, providing or connecting students and parents to resources such as food, clothing, government assistance and health care.

The navigators have had their work cut out for them.

Between August and the end of February, navigators received 16,572 referrals for students or families in need of aid. Although that number seems dauntingly large, each referral was an opportunity to avert a crisis, to heal an aching heart or catch a child before they fell through the cracks.

For the Escambia County School District, that huge number of referrals demonstrates the program’s overwhelming success.

“There is definitely a need,” Joyner said. 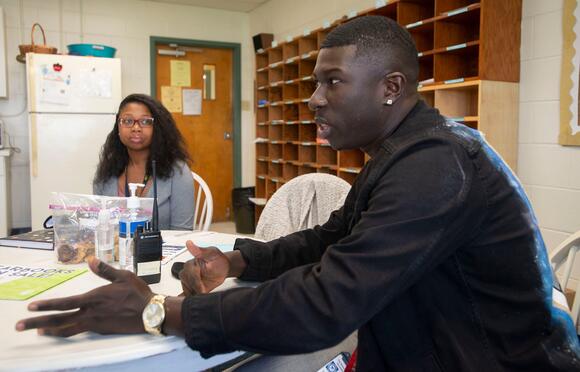 The program launched two years ago in six schools, but proved so successful that a $2 million Family and Educational Rights Act grant has allowed the navigator program to expand to 32 navigators in 34 schools.

The navigators are directly employed by the Children’s Home Society of Florida, which partnered with the district to launch the program.

“CHS has really just embraced and allowed the navigators to immerse themselves in the schools’ cultures and become one of the school staff. That has been so beneficial (to) our students and our families,” Joyner said. “They even do home visits. So, they are definitely an extension of the school district and a liaison for us, and that is what we want to hear.”

She added it is her “wholehearted” belief that the navigators have been nothing but a success and effectively have helped to unburden many students and some their parents of certain life stresses.

Data for March is not yet available, but Children’s Home Society of Florida metrics show that navigators helped address a wide variety of needs facing many local households.

Between August and February the navigators received: 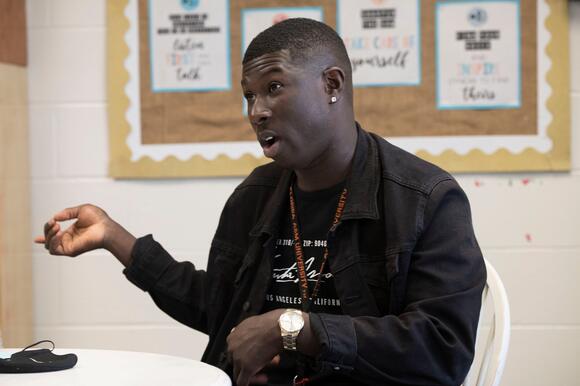 Corwin Turner, a navigator assigned to Sherwood Elementary School, said he estimated that he himself has handled over 400 referrals since he started his navigator work in September.

“We have a plethora of different resources. That’s why I’m here. I am the gap filler between the families and the school,” he said.

But despite all of the work, Turner added he can’t think of another job that he would like to be doing more.

“My ultimate goal every morning when I come to work is to put a smile on a child’s face,” he explained.

Out of all the students and parents who he has helped this year, there is one who stands out in Turner’s mind whose story is, for him, a symbol of why he loves his job.

“Last month, there was a little girl who had just moved to the area,” Turner recalled.

The girl was staying with her aunt, and when the aunt drove over to Sherwood Elementary to sign her niece up for her first day at the new school, she got frank with administrators.

“She basically just told us, ‘I have nothing for her, and I don’t have children of my own. So, who can I talk to?'” Turner said.

The aunt was led to a guidance counselor’s office, who recommended that she talk to the school’s navigator.

He put all the supplies in a big pink box to present face-to-face to the woman and her niece.

“I even decorated the box for her. There was a lid on it, and when she opened it, she just started to turn really red. You could just tell that the aunt really wanted to cry but didn’t,” Turner recalled. “But the little girl did end up crying.

“She hugged me and was like, ‘Thank you,'” Turner continued. “And ever since then, when she gets out of the car every morning, she says, ‘Hi, Mr. Turner. I’m glad to see you.’

“And, I’m just glad I can make somebody smile.”

Diversity in Film and TV

Doing Good is Good for Business

Share your email to be the first to know all the good happening in your community.